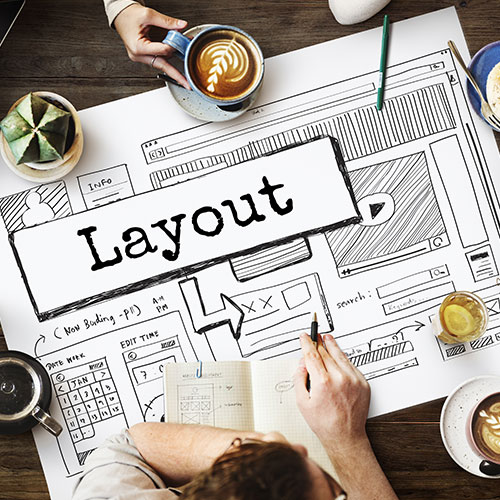 A website built following the philosophy of progressive enhancement will be usable by anyone on any device, using any browser. It all begins with embracing the concept of experience as a continuum, as Aaron Gustafson explains in this chapter from Adaptive Web Design: Crafting Rich Experiences with Progressive Enhancement, the 2nd Edition.

The one constant on the Web is changing. There’s always a new design fad; a new darling language, framework, or tool; a shiny new device to view it on; or new ideas of what it means to be “on the Web.”

It’s exceptionally difficult to wrap your head around an industry that is constantly in flux. It makes my head hurt, and if you’ve been working on the web for a while, I suspect you might feel the same.

In early 2012, my company began working with a client who was struggling with the security of their mobile apps. They had numerous native apps that all followed the common convention of using a web service to authenticate users. They are a very security-conscious organization, and this setup was creating a bottleneck in deploying new security features. To roll out a new security feature to their users (for example, a security questions like “What was the name of your first school?”), they had to go through an excruciatingly long, arduous, multi-step process:

They brought us in to re-imagine the authentication flow as a web-based process that would launch inside an app—they had separate iPhone, iPad, and Android apps—and handle letting the app know whether and when the user had successfully logged in. This approach meant they could roll out new security features immediately because the apps and the authentication flow would be loosely coupled. Letting users sign in through a web page within the native app would be a huge win for everyone involved.

Despite that the project was aimed at handling authentication for mobile apps on three specific platforms, we built the web pages without getting hung up on technology or screen sizes. Instead, we focused on the purpose of every interface component and every screen. The layouts were responsive from tiny screens all the way up to large ones, and we implemented HTML5 and JavaScript in completely unobtrusive ways. We wanted to take advantage of cool new things (such as native form validation) while still keeping the file sizes small and ensuring the pages would function in the absence of either technology.

A few months after completing the project, our client came back to us with a second project: They wanted to roll out the authentication flow to their “m-dot” users (people who visited their mobile-only website). They gave us a list of nearly 1,400 unique User-Agent strings that had accessed the login screen over a two-day period and asked whether we could handle it. We parsed the list1 and were able to come up with a more manageable aggregate list of devices and device types to use in our testing. It was something like 25 devices that would cover roughly 97 percent of their 1,400 device spectrum. The last 3 percent was at the end of a long tail when it came to device usage, and we were comfortable assuming that fixing issues in the other 97 percent would likely cover them as well. That said, we were prepared to fix any additional issues when and if they cropped up.

Our budget for adding support for 1,400 new devices, including some heinous old browsers (for example, BlackBerry 4 and Openwave), was about one-third the budget of the original project that targeted only three.

Let That Soak In For A Second

Now here’s the kicker: When all was said and done, we came in at roughly half of our proposed budget, in terms of both actual hours billed and time to completion. It was awesome for us because we delivered ahead of schedule—which made us look good—and it earned our client contact major kudos from his bosses because he’d saved the company serious money on the project (which rarely happens in the corporate world).

It’s worth noting that this accomplishment had nothing to do with our bug-squashing prowess or our speed—we just followed the philosophy of progressive enhancement.

Progressive enhancement is a web design philosophy that embraces the very nature of the Web. It isn’t about devices or browsers, and it’s not about which version of HTML or CSS you can use. Using progressive enhancement means you craft experiences that serve your users by giving them access to content without technological restrictions.

During a presentation at the South by Southwest Interactive Festival in 2003, Steve Champion of the Web Standards Project offered the term progressive enhancement to describe his vision for a new way to think about web design—starting with the content and building out from there. Once you understand what progressive enhancement is all about, it’s hard to imagine approaching a project in any other way. It just makes sense. And yet, it took nearly a decade after the Web’s creation for this approach to web design to be proposed, let alone embraced.

Enter your email and we'll keep you posted with news and updates!